Friday morning rolled around and not too early after a full night of Uno and Cape Codders but we were out and about after breakfast. Our goal for the day was the National Mall in DC. Since our last friends’ visit, there were a couple of new Monuments and Memorials as well as several we had never visited. One thing about DC is that there is always something else to see and do.

Our first stop was to be the new Dr. Martin Luther King, Jr. Memorial on the Mall adjacent to the Tidal Basin and the FDR Memorial and in line between the Jefferson Monument and the Lincoln Memorial. 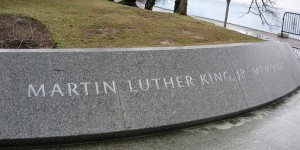 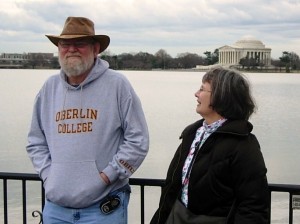 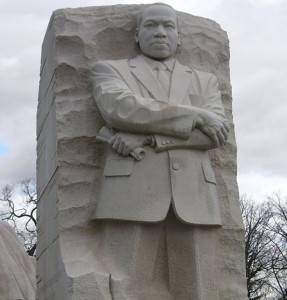 We had visited before and the monument is truly impressive and somewhat emotional for me, at least. There was a young woman with her cameraman there from the Voice of America (VOA) broadcasters. She was interviewing visitors and asking folks to share their opinions and impressions of the man who is recognized largely for his work and stance on civil rights and his position on peace, including voicing objections to the Vietnam War.

This visit, we chose to participate in the Park Rangers tour/talk. He spoke a bit about King himself and also offered some information about the monument itself and some of the controversy that accompanies it.

The main rocks are made of pink shrimp granite, which we had never heard of before. First, it’s less pink than pink granite and was imported from China because pink shrimp granite is not available in this country. The carving of the likeness was also performed in China as 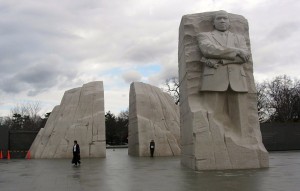 the talent for this size statue is no longer readily available in the US. 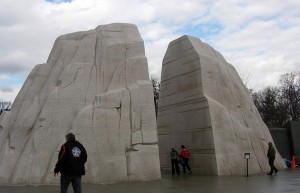 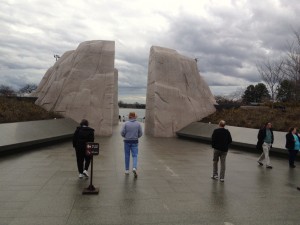 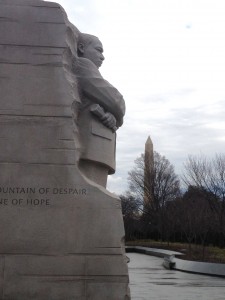 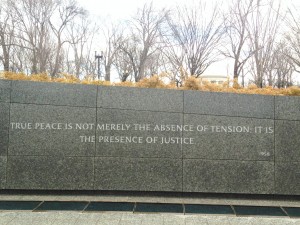 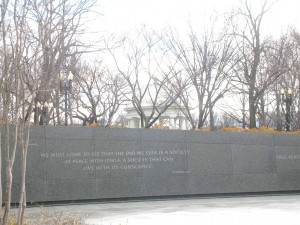 The NPS store at the monument was closed for the day due to an upgrade of the computer software but we did get to peek in the window to see that the dedication engraving still shows the August 28, 2012 date. The dedication ceremonies were re-scheduled for October due to Hurricane Irene passing through the area.

We crossed the street and visited one of the oft-overlooked memorial on the Mall, the District of Columbia World War One Memorial. This commemorates those residents of the District who gave their lives in WWI. It’s made of white marble. Recently it gained attention on the floors of Congress when DC Delegate Eleanor Holmes Norton spoke in favor of preserving its original purpose rather than expanding its role to include others from WWI. One surprise (especially for late January) was blooming cherry trees! It’s been a mild winter but really! 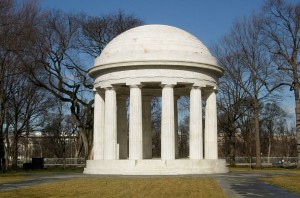 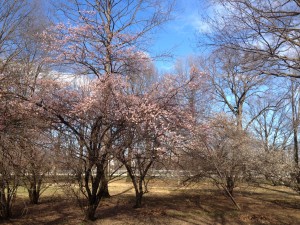 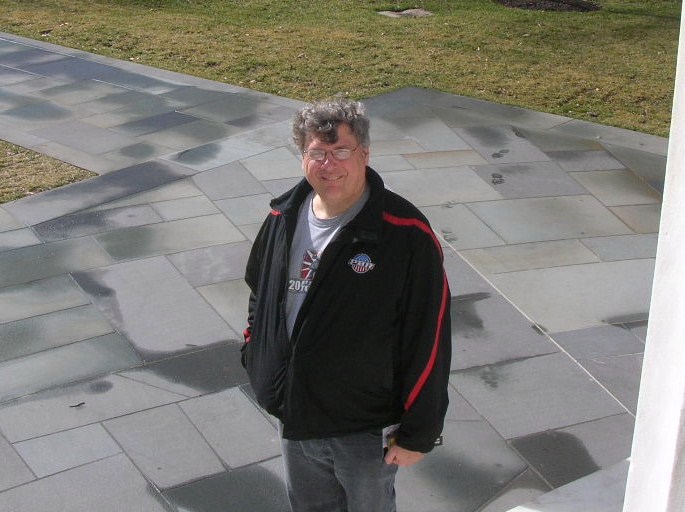 Daughter Ryan has been temping downtown lately and we had decided to have her join us for lunch. 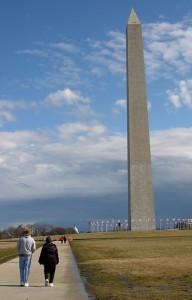 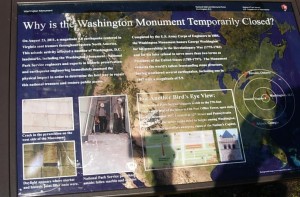 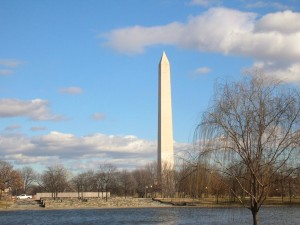 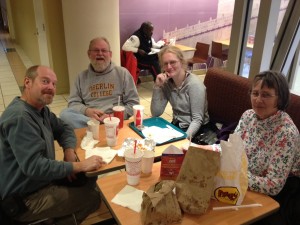 We walked over to retrieve her from the secret confines of her latest assignment and then went to the Food Court at National Place. Steve and Russ got lunch from Five Guys, Betty and Keith chose Moe’s and Ryan got sushi. Nice lunch where 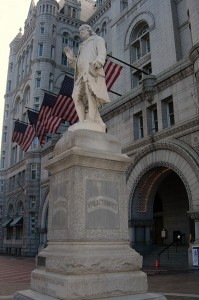 everyone got to choose something different and we managed to meet the time constraints to get Ryan back to work on time and we continued on our touring after taking a little time to check out the Old Post Office building, Ben Franklin and Steve got his picture 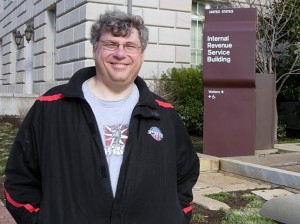 taken with the sign for the folks who did his most recent audit. (Just to be clear, that seemed to go well although he was waiting on a final disposition on some of his deductions.)

We walked along Constitution Avenue and took a break at 14th Street and then continued to the Ellipse where we saw the Monument to the 2nd Infantry Division. 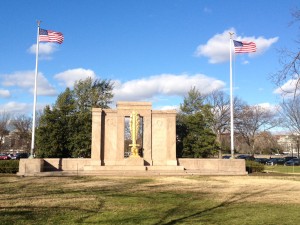 Somehow that one hadn’t shown up in our travels or conversation before.

We crossed over to the Lockkeeper’s House for the old Washington City Canal at the corner of 16th and Constitution. 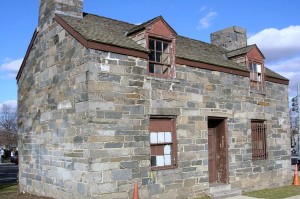 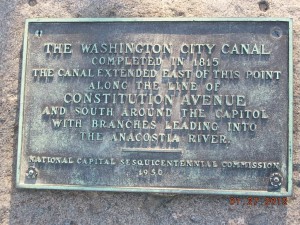 Speaking of things we’ve not seen nor heard mentioned, did you know there is a Monument to the signers of the Declaration of Independence?

It’s located along Constitution across from 18th and between the Lockkeeper’s House and the Vietnam Memorial. 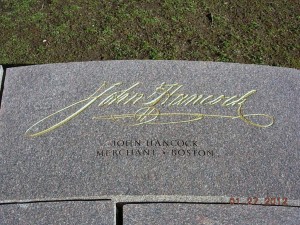 We continued on the Mall but that’s subject for another post.