Saturday morning we headed over to the Red Drum for a headlight and a tire gage as I discovered the digital gage in the console had a dead battery. While there, I met Mr. John Couch of OBPA and internet fame. He is president of the OBPA, one of the organizations fighting to maintain access for pedestrians, sportsmen and other folks who use the Cape Hatteras National Seashore Recreation Area for recreation. In conversations with Rob Schonk, the principal in the Robert and Jean Schonk Foundation, Rob recommended that I make the time to make Mr. Couch’s acquaintance. After installing the new headlight, we headed to Frisco and Wave Hopper to gather Bruce, Jeremy and Rosemary for some time on the beach. 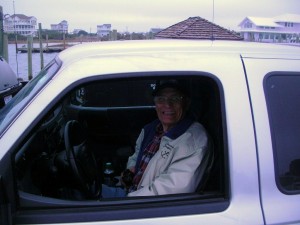 We headed over to Ocracoke in spite of the weather forecast. The day was to be windy and the forecast was accurate on that account. The predicted rain held off however. The wind was strong off the sound and made the landing of the ferry somewhat exciting with the captain using the pilings to bounce his way into the slip.

We headed to Howard’s Pub, one of our favorite lunch spots. Bruce had the chowder, Betty had grilled shrimp, Keith had marinated tuna steak, Jeremy had the tuna steak sandwich and Rosemary had the grilled tuna salad. The food was excellent as usual. After lunch, we headed into town to do a little shopping and found our way to Mermaid’s Folly and Craftsmen Paradise on Howard Street. It was a successful trip. Everyone found something to their liking and connected on some items which we couldn’t find.

Next we headed for the beach, more particularly the South Point. It was a surreal sort of moonscape actually having been flattened with only the occasional small dune still there. The wet sand was pretty hard requiring the four wheel drive rarely. Looking over the inlet to Portsmouth Island you could see shafts of sunlight coming through.

The loose sand was blowing across the hard wet sand making interesting patterns and beginning to form ridges and small dunes. 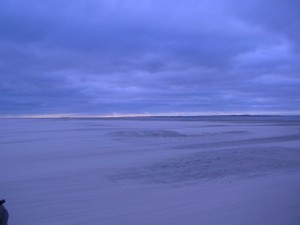 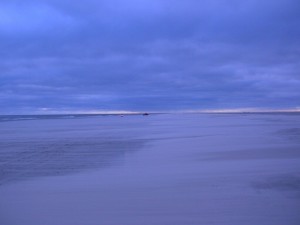 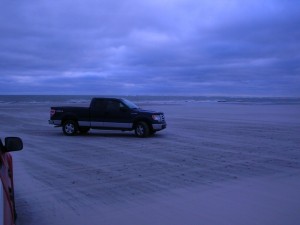 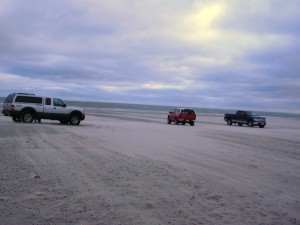 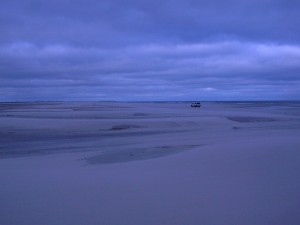 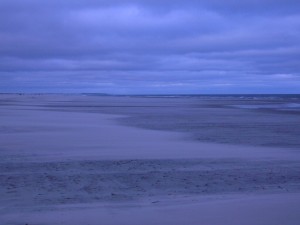 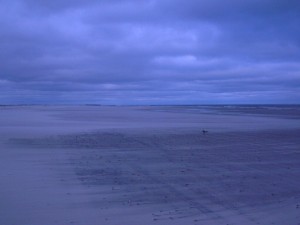 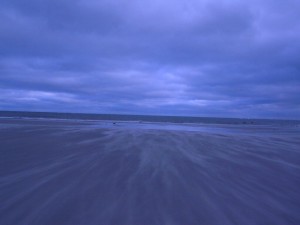 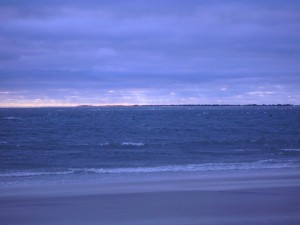 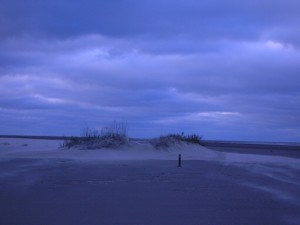 As we headed back towards the ramp off the beach, we noticed a pair in a pickup that seemed to be making more downward progress than forward. It was a pair of fisherman whose four wheel drive was malfunctioning. After lending them a shovel which wasn’t enough to get them out, a tug on our towstrap got them back over to the hard surface and on their way. As we got to the ramp, Bruce saw Jeremy and Rosemary headed up the ramp and began to follow them off the beach and back towards the ferry on Highway 12. Keith and Betty lost sight of him but decided that was the direction he was headed. Of course, Keith and Betty also had Jeremy and Rosemary in the rearview mirror. After failing to see Bruce, we gave him a call to inform him that he was lost as we did not know where he was. It turns out that Bruce was following a different dark-colored F150. But as it was getting time to head back to Hatteras Island, it worked out for the best. 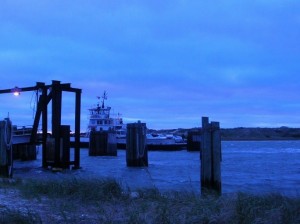 had worsened and the docking of the ferry to take us back was quite a spectacle. One gets torn between fascination with the difficulty in putting the ferry where it belongs and admiration to the captain for doing so in spite of the conditions. At one point, the ferry was perpendicular to the slip and hard against all three pilings and the engines roaring at near full throttle with little effect. Eventually the ferry came into the slip and we pulled out only a few minutes after our scheduled 5:30 departure. We found out Sunday that the ferry had stopped running with the 6:30 departure Saturday evening. Had we stayed on Ocracoke for dinner, we may have stayed the night or whenever the schedule resumed. 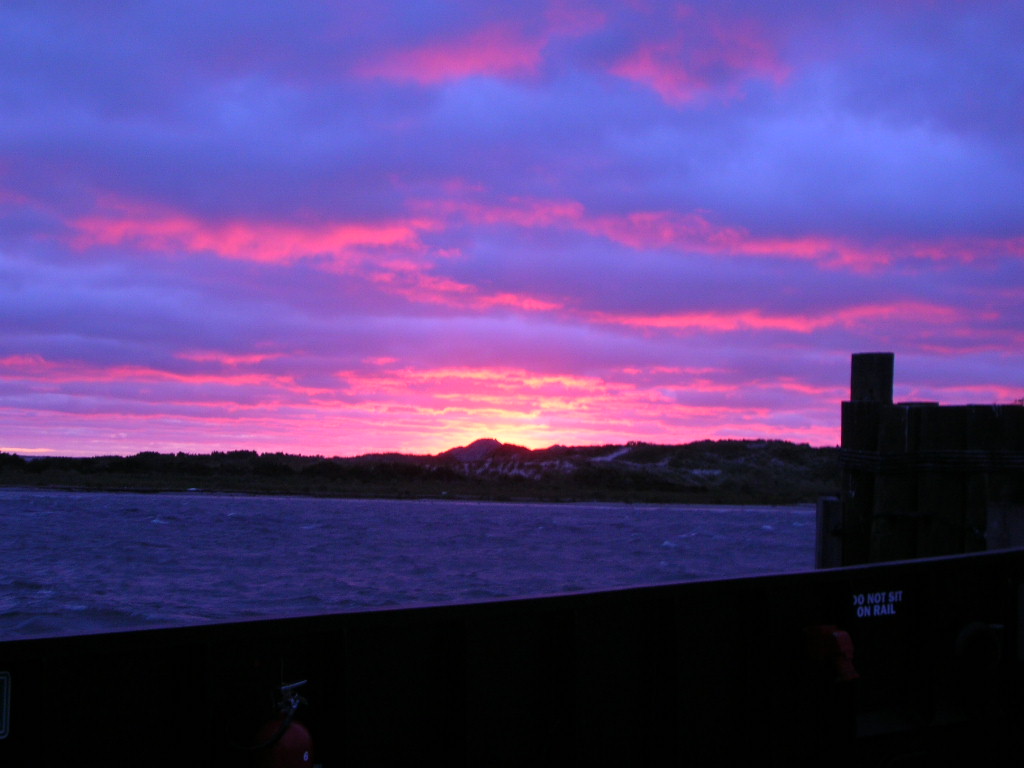 The five of us had dinner at Diamond Shoals Restaurant in Buxton and bade our farewells to our friends. Across the street to our hotel and the nightly computer checks, tv, shower and bed.