Sunday the skies were sunny but the wind was still whipping albeit with less force than on Saturday and the temps were in the 50s. Janet and Bruce called from the Diamond Shoals where we joined them for breakfast before they headed for home. (Jeremy and Rosemary had left earlier.)  After farewell wishes for a safe journey, Betty and Keith decided to go back to Ocracoke to further the pursuit of known shipwrecks.

The ferry was just finishing loading and we were the last car onboard. The ride over was less exciting than either trip the day before. As happens seemingly too often, Keith was mistaken for someone else and we were approached by fellow travelers who believed Keith was an old high school chum but it lead to a friendly conversation included a look at the strangers wind screen contraption made from 2×2’s about 6 feet long with silt fence stretched between to block the blowing sand. He indicated it worked fairly well on the sand but still allowed too much wind to keep really warm.

We entered the beach at the northern most Ocracoke ramp and turned towards the north point. The island has grown since last spring with this area covering more territory. The texture was the hard damp sand we had seen on the southern end on Saturday. We scoped it out then turned south towards a wreck believed to be about ½ mile north of the 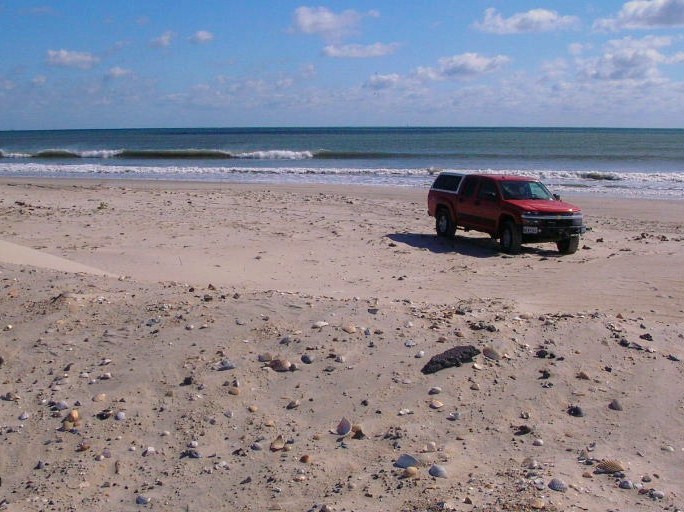 Ocracoke Pony Pens. At the GPS-designated point, we noted nothing indicative of a shipwreck although we were adjacent to an area of dunes that had been replenished since Irene. 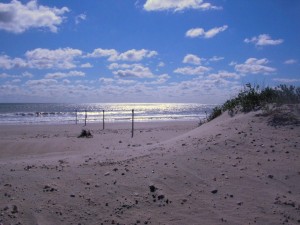 The beach was relatively narrow here and we found we were very very close to the highway as well.

We turned back to the ramp and headed into the town of Ocracoke for quick trip to the welcome center gift shop and then off to Ramp 72 to try once again for the shipwreck noted to be there. Since today’s weather was better, we were able (willing) to walk 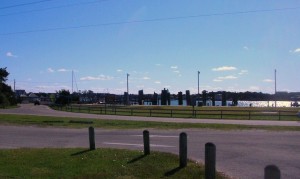 across the dunes to search. We never made it to the west side shore of the point but sighted something n the marshgrass but we weren’t prepared to walk/wade to get close up.

There was more loose sand making small dunes and large ripples on this section of the beach so that staying back from the water resembled a roller coaster. 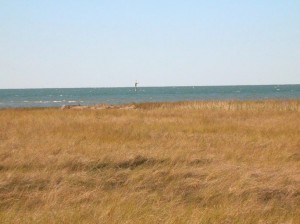 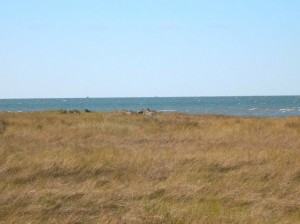 We turned north on the beach to check for more shipwrecks and condition of the shore. There were a few fishermen and others enjoying the beach. We even saw a couple of folks trying to surf but the waves weren’t really cooperating. 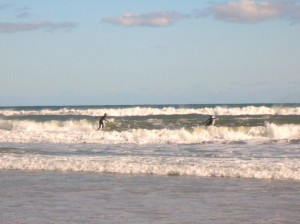 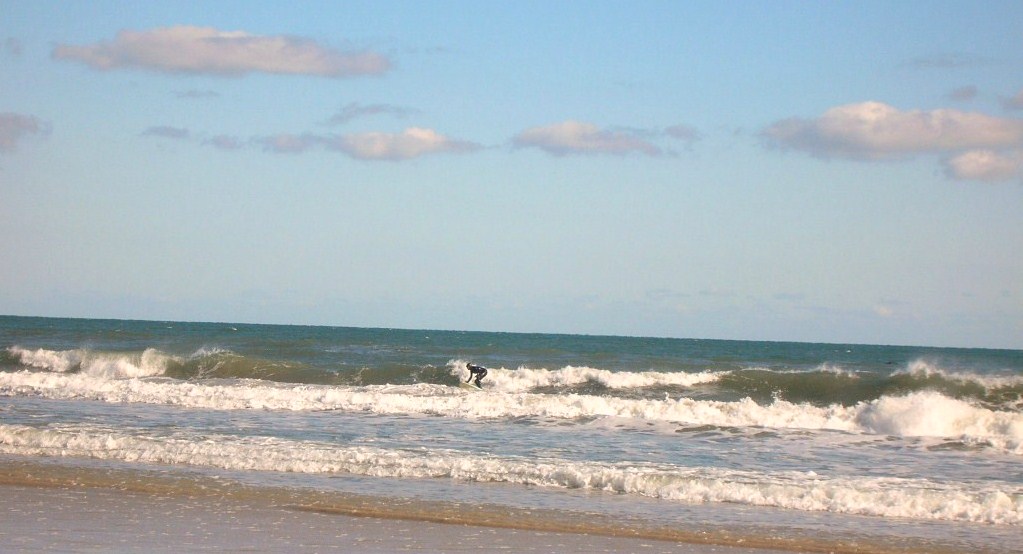 As we passed Ramp 67, there was no indication that there was not another ramp ahead but we eventually reached the end of the open to vehicles part of the beach and turned around to leave at Ramp 67.

There was one more shipwreck indicated on Ocracoke Island just north of the pony pens so we stopped at the crossover there. Several of the ponies were out in the pen so we walked over and took a few pictures. We also learned a few things that made the Ocracoke ponies unique including two fewer vertebrae than other horses, fewer ribs and denser bones. 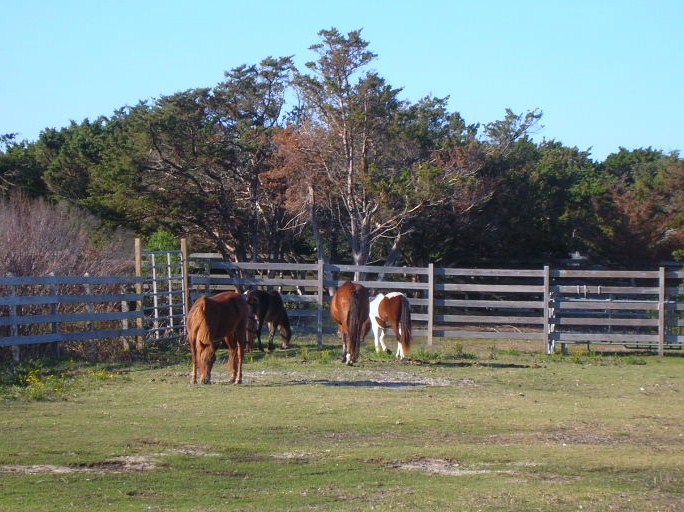 We then headed up the beach on foot in search of one more but it eluded us as well. Total for our long weekend had us finding two confirmed sightings on Hatteras Island and one maybe on Ocracoke. It later occurred to us that several previous trips had a goal which we had not met because of ferry schedules or darkness or hunger but this time, without trying, we had managed to cover ALL of the drivable ocean side of Ocracoke Island!

We caught the ferry back to Hatteras. We had ridden the ferry 4 times this weekend and not ridden the same one twice. This time we were onboard the Chicamacomico which was pictured on the postcard back to the folks at home. 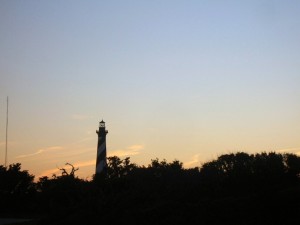 One place we had missed in our travels that is always part of our trip was a ride out to the point and past the Cape Hatteras Light. The approach by the campground and where Ramps 43 and 44 meet the pavement was underwater as we had learned before arriving. It’s on National Park Service property but for some reason doesn’t drain and hasn’t for a while. One can’t help but think it contributes to the mosquito population that plagued the island after Hurricane Irene. This beach had obviously had more traffic than any other beach we had been to this weekend. We drove out to the point and around but would have needed to drive across water if we hadn’t turned back. We made our way back to the pavement and off to dinner.

Dinner was at Rusty’s, one of our favorites and tonight didn’t disappoint. Broiled bay scallops for Betty and a Caribbean-spiced snapper for Keith followed by New York style cheesecake (not too dry) and with a light glaze on the plate of raspberry and mango gels with coffee for a near-perfect finish for the meal and our weekend.

We aired up the tires on the truck and made fresh coffee to fill the thermos bottles for the trip home and we were set after returning to shower and off to bed. We head home on Monday.

1 thought on “Halloween at the Beach Part 4: Tying Up Loose Ends”