The Delaware Beaches of Rehoboth, Lewes and Cape Henlopen
Our travels around this great country are multipurpose. One purpose is trying to decide where we want to live in our retirement. That quest led us to spend some time not far from home but new to us, the Delaware Beaches which includes for our purpose, Rehoboth Beach, Dewey Beach, Bethany Beach and Lewes. We’ve made two trips there so far and the pictures are from both trips. 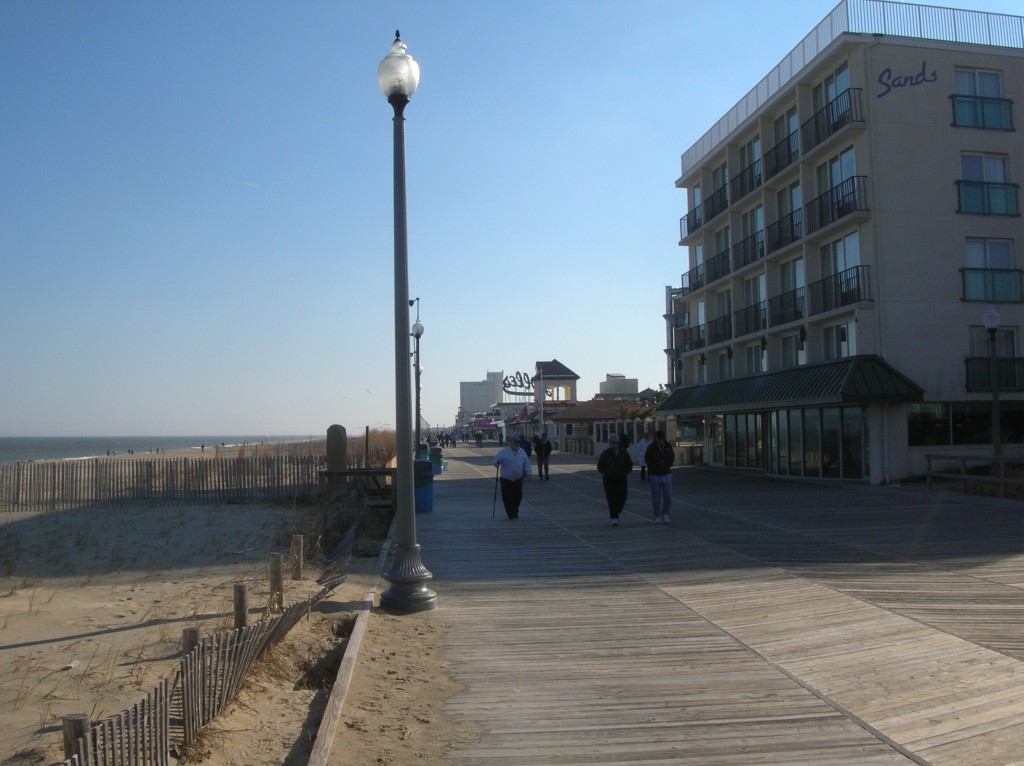 On our first trip over the long Presidents’ Day weekend, we stayed at the Hampton Inn on Coastal Hwy. It is a little less than 4 miles to the Boardwalk at Rehoboth Beach. Boardwalks are fairly common in the middle Atlantic Beaches from about Ocean City northward. Rehoboth’s is actually made of boards and is somewhat deserted in the middle of February. We walked around a bit (in the cold) and the carnival midway gameroom and several eateries including fries, hot dogs and the like. There are several hotels on the boardwalk (along with condos) that look to have a great view. Much of the area surrounding the boardwalk look to be houses that are rented for the week or the season. Driving north there are more extensive condo developments and a park leading past the Gordon Flats Wildlife area and into Cape Henlopen State Park. 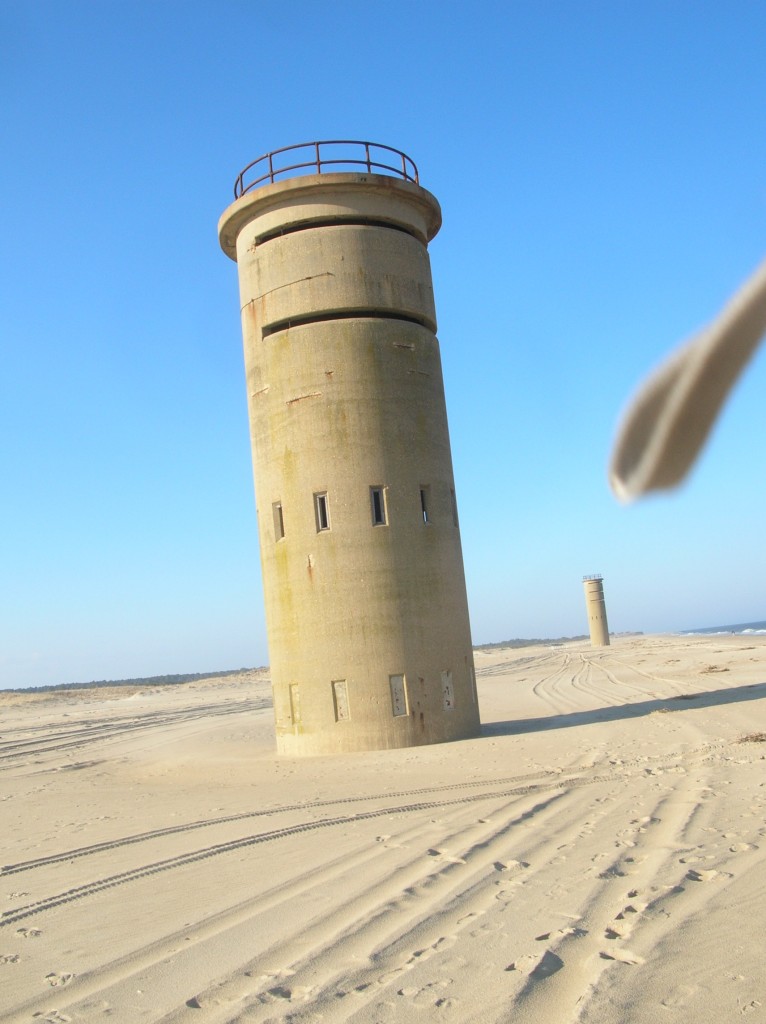 Walking along the beach, we found two of these. They aren’t lighthouses, the doors at the bottom are sealed and the openings higher up aren’t covered. We pondered and looked but came up with no answers yet. As we rode around later, we discovered there are more of them spread along the coast. There are three south of Dewey Beach and at least three further north before Lewes. One of the towers south of Dewey offered a clue in the form of a website link on a sign next to the highway. Save the Tower They’re WWII fire control towers, built to guard the entrance to the Delaware Bay.

The towers are open on top with a wide slit running halfway around the circumference. They were manned by lookouts 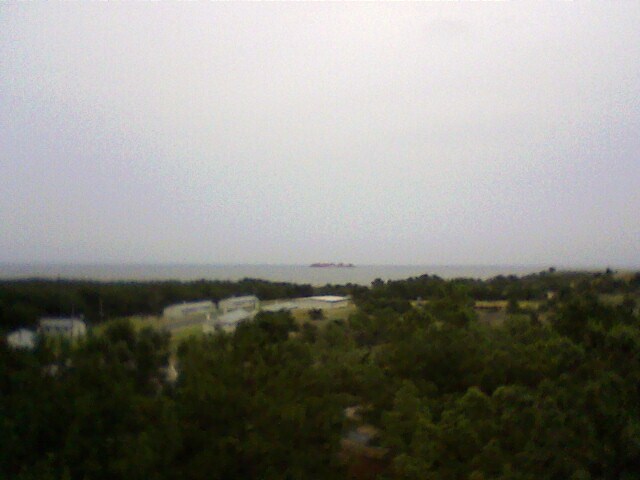 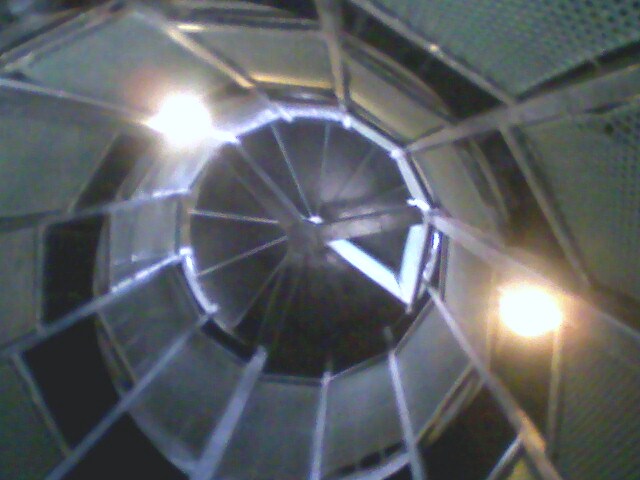 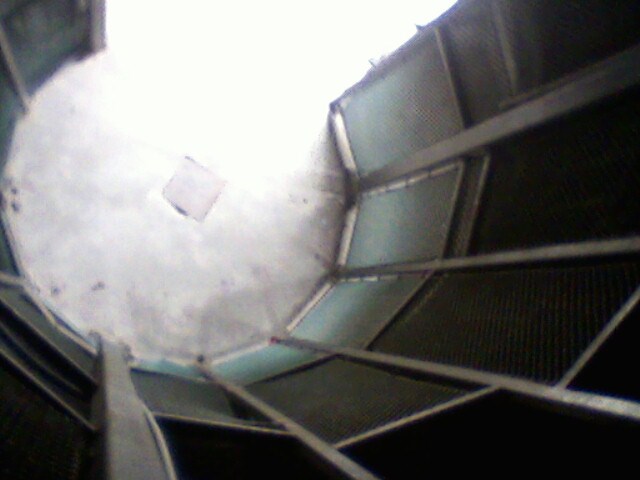 and specialists who calculated the trajectory and angle of the artillery fire. Perhaps most amazing in this age is that the calculations didn’t have modern electronics (calculators, computers) to assist. A combination of the known distance between two towers and the height of the observation deck allowed the personnel to triangulate and located the precise location of a target and feed the necessary information to an armed battery. We couldn’t find information on how successful these efforts were as the towers at Henlopen weren’t tested in actual combat. More of the towers were erected (perhaps 1000) along the coastline as far north as Maine and New Hampshire. Many of them have been destroyed although a few remain, both on privately and publicly owned property.

One of the towers at Cape Henlopen has been repurposed by the Delaware Pilots Association to watch the Delaware Bay entrance and the ship traffic there. 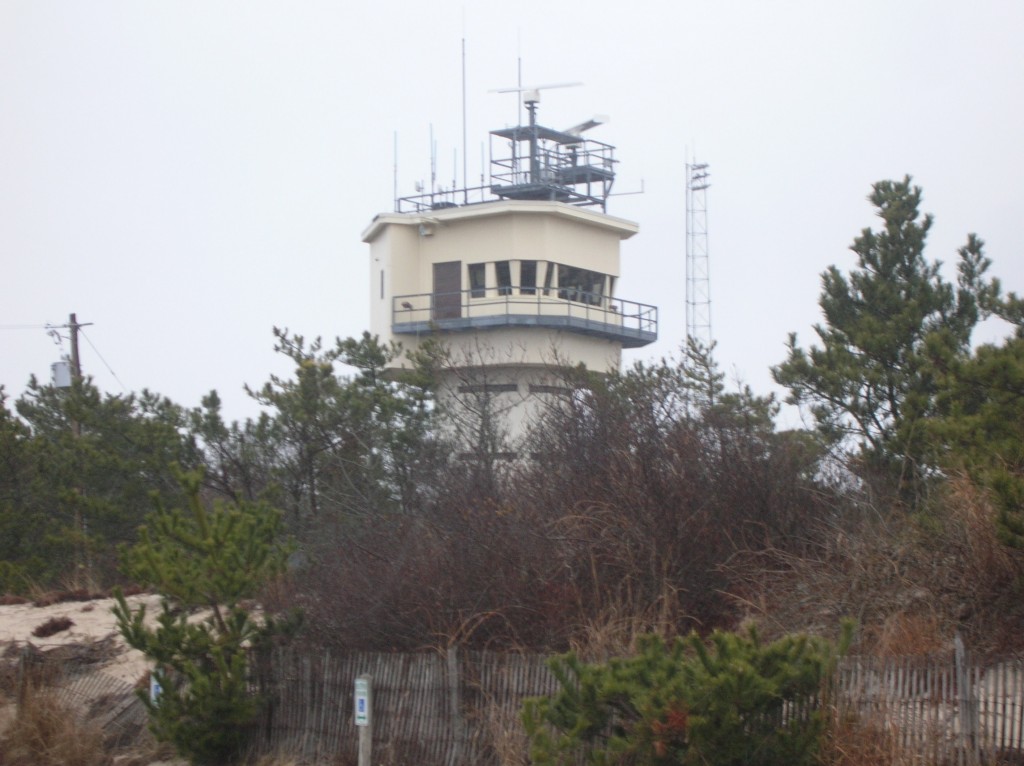 For some reason the towers really captured our attention and we made a point to see as many of them as we could while we were there. It did seem that we were jinxed on trying to get pictures of the inside of one. When we visited in February (and they were closed), the battery in the camera died just before we tried to sneak an inside picture and again in July, the camera batteries died when we climbed the tower at Cape Henlopen State Park but we did get a couple of lower quality shots with the old cell phone. 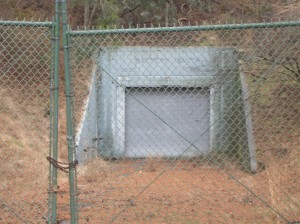 Within the confines of Cape Henlopen State Park are the remnants of Ft. Miles. Ft. Miles is about 5000 acres in size and was an active military installation from 1941 until 1996. There is an ongoing effort to preserve and restore much of the history of the post, originally constructed to help protect the oil depots and refineries as well as the port of Philadelphia during WWII. Luckily for the preservation-minded, the 261st Coastal Artillery was somewhat practiced at rust prevention techniques. The naturally-occurring sand dunes helped form protection for the underground bunkers for 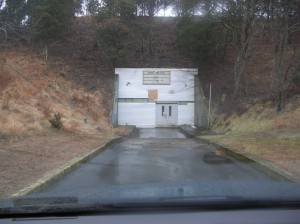 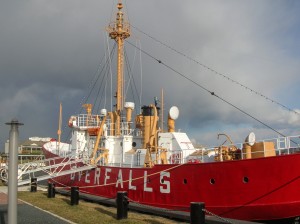 Lewes is also at one end of the Cape May-Lewes ferry run, connecting to the NJ peninsula. We didn’t make that trip this time around but had ridden the ferry back in the early 1980s.

We had contacted Deb Griffin , a local Realtor, and told her we were interested in visiting the area and were looking for some guidance. She agreed to guide for us and show us some houses while we were there. As its turned out, Deb has given us 3 days of her time in person (plus her prep time) and shown us a variety of homes in our price range and shown us some of the local color and significant spots. We haven’t yet decided just where the heck we’re going to wind up but certainly appreciate her combined goodwill ambassador and real estate/tour guide efforts. She’s also pointed us at some good restaurants in the area.

Three eateries stand out as being especially good for us among the locals.

We had dinner one evening at Henlopen City Oyster House. Their menu changes daily and has an abundance of seafood dishes, including a sampler of oysters on the half shell (which we didn’t try).  Feeling a bit adventurous, I had the Day Boat Scallops which were a combo of broiled scallops with bacon, caramel and plantains. Absolutely delicious and served with potatoes and broccoli that evening.

Lunch one day was at Tout de Suite Patisserie at Paynter’s  Mill in Milton. We opted for a light lunch although the bakery cases were filled with yummy- (and very rich) looking pastries and desserts. The soup and sandwich were quite the treat as well and worthy of a return visit.

We also grabbed a late lunch at the Pickled Pig Pub on the Coastal Hwy in Rehoboth and I’ll recommend the Cuban Press as being delicious and filling.

Of course, there is a variety of the expected chain eateries including Panera and IHOP. I think we will need to be careful of our eating or take up a more active lifestyle should the Rehoboth area win the decision for a retirement locale.

You can see all the pictures from the Delaware beaches by clicking the highlighted text.