Friday, Oct. 5 Worked all day but kept going because I knew the beach was beckoning. We pulled away from Ryan’s place on schedule around 6:00. Destination: Three days in Cape Hatteras National Seashore Recreation Area. We’d made reservations at the Cape Pines Motel  which had been recommended for years from folks staying there but was somehow never our chosen landing base camp. During the shoulder season, their office closes at 10:00 pm so we knew we’d need to call ahead to have them leave the light on for us.

We figured a slow trip but had no idea just how much traffic there could be on 95 on the Friday evening of a three day (for many) weekend. We’d managed to avoid that particular trap with planning before. About 9:00 (3 hours into the trip), we called Cape Pines from Stafford and told them we expected to get there around 2:00. They left us instructions for getting in and we were to come down Saturday morning and take care of the registration details. It turned out to be about 3:30. One of our longest times for that trip. But it was worth it!

We hoped to meet Ryan’s friend and former roommate Sarah in Ocracoke over the weekend and also our friend Bruce who would be staying at the Cape Pines.

Saturday, Oct. 6 : The alarm went off promptly at 8:00. Darn it! Using the cell phone alarm made it an unusual noise and not an automatic reach out and slap it so we were up. 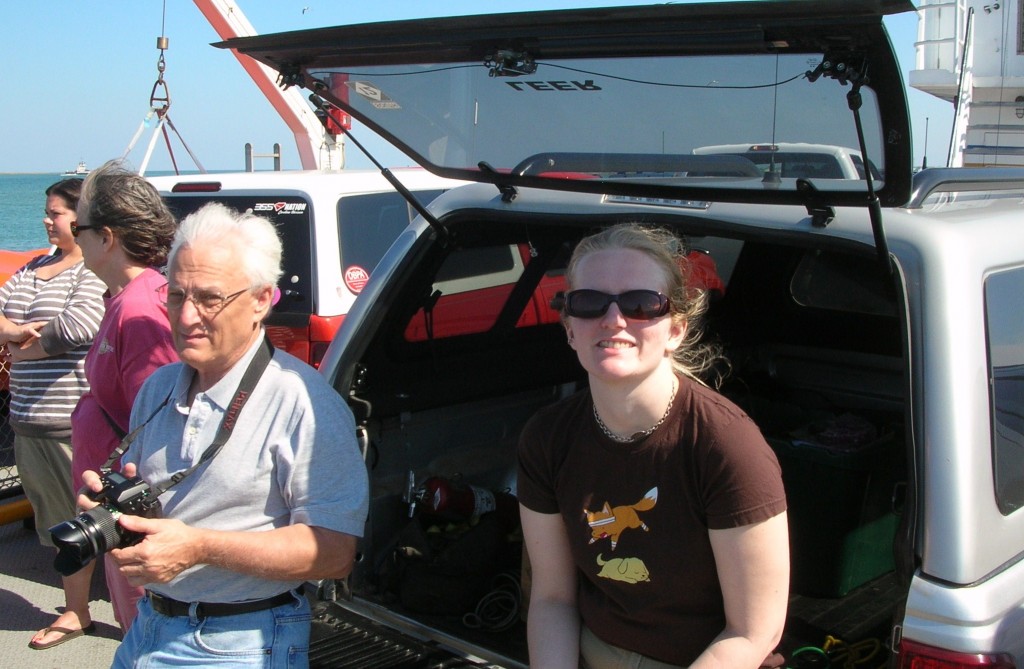 It was a beautiful morning despite the rapidity with which it arrived. We got all checked in and then met Bruce over at Diamond Shoals for breakfast and headed towards Ocracoke to meet Sarah. 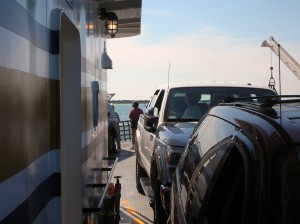 speeds. During the day, departures are still every 30 minutes so the wait wasn’t that long.  There were a couple of large vehicles (a motorhome towing a vehicle and a gasoline tanker) so we feared being delayed but turned out not to be a problem as the tanker was going later. 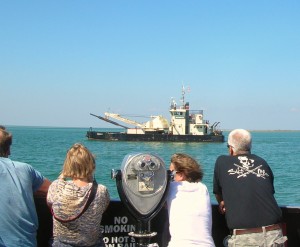 The ferry was crowded and we slowed in a couple of spots to clear the dredge and the returning ferry in the narrow channel.  It was a new experience for Ryan and we enjoyed the time in the sun. After disembarking at the northern end of Ocracoke, we headed to the south end of the island through the village to meet Sarah where the big ferry had dropped her as she left her car on the mainland.

She reported the ride was pleasant but not well-suited for reading as she had just too much motion going on to be comfortable. We left the trucks and started walking the street. Our obligatory stop at Mermaid’s Folly  was fruitful with a new skirt joining us. Bruce and Keith left the ladies to move the trucks from the one hour parking zone.  We rejoined the ladies on Howard Street at the Village Craftsmen.  Managed to spot an old graveyard inside someone’s yard.  Also managed to spy a 1940 Buick looking all spiffy and well-preserved. Somehow, the ladies had managed to avoid seeing the dead snake in the road which was a good thing. 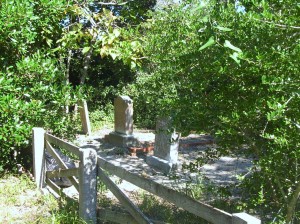 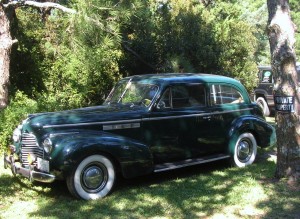 It had been a while since breakfast and lunch was in order. We decided to try Dajio  which had been recommended but never tried. We had been missing a treat. Various sandwiches and the bisque were delectable and just the right amount of food for our hungry group. For reference, the ladies room is apparently interesting as well. We spotted numerous rental golf carts and scooters and discussed those as ways to get about on the island. 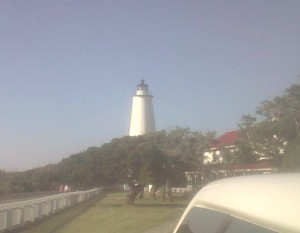 stop by the Ocracoke Lighthouse  . and then to Keith’s favorite part of Ocracoke, Southpoint and the beaches.

There had been chatter in the truck about this and that but as we cleared the dune line, it got real quiet and then we heard from the backseat just one word, “Wow.”  We rode down to the point and got out to walk about a bit. This is heaven. Pictures do a better job than words but don’t adequately capture it.

After a bit, we got back in the truck

pony pens. Today there were a few out in the enclosure but none near to the observation platform.

Then it was back to the Hatteras Ferry where we shared the ride with the gasoline tanker we had seen earlier. The combination of its weight with the shoaling channel and the smaller ferry left us with empty spaces as the sun began to set.

Dinner was next on the agenda and Rusty’s was the place.  A big breakfast and lunch left Betty and Keith not finishing but the sea air had awakened Ryan’s appetite. We’ll just leave it that Rusty’s crew did not disappoint and there were no empty plates!

Our next stop was the Hatteras Island Inn  where Ryan and Sarah were staying the night. Worth mentioning is that the long-awaited freshening seems to have gotten started inside the rooms with fresh paint and a generally cheerier appearance. The planned improvements in amenities and outside freshening aren’t there yet but there’s hope. The ladies reported satisfaction with their accommodations when we met for breakfast next morning.

The remaining three of us headed to the Cape Pines and fairly quickly called it a night. Apparently little sleep and sea air brought the sandman quickly.