Saturday found us turning our sights toward Baltimore, Maryland’s largest (and perhaps best known) city. After furthering the world championship of Uno and consuming significant quantities of cranberry juice (with just the slightest hint of Cape Codder fixings), our morning got started around 10. Our quest for the day included Fort McHenry, the Zappa bust and the Baltimore Basilica. 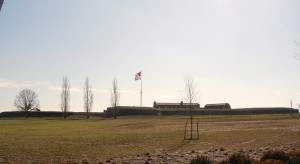 This year, Maryland will be celebrating the 200th Anniversary of the War of 1812 (as evidenced by our current car tags as much as anything else). Following the Battle of Baltimore, Francis Scott Key observed the Flag (15 stars and 15 stripes at the time) 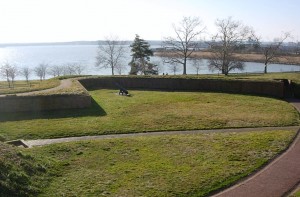 being flown over Fort McHenry from his vantage point in Baltimore Harbor and penned the words to The Defence of Fort McHenry which would become our Star Spangled Banner. An interesting piece of info is that the tune was that of an old drinking song.

The original tune was “To Anacreon in Heaven,” an English drinking song written by John Stafford Smith with words by Ralph Tomlinson, Esq.  According to tradition it was first “sung at the Crown Anchor Tavern in the Strand, circa 1780.” Tomlinson was president of the Anacreontic Society, a gentlemen’s club popular with upscale London boozers. Anacreon (563-478 B.C.) was a Greek poet known for his songs of wine and women.

Copyrights were a different issue in those days. 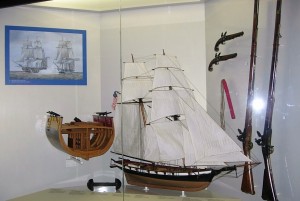 Key was a Washington lawyer. He was onboard a British truce ship attempting to negotiate the release of a civilian friend of his who had been captured. While onboard, Key’s delegation learned of plans to launch the attack on Baltimore. He was detained onboard to protect the plans. Thus he witnessed the dawn’s breaking from the ship and saw the over-sized American flag which was raised at first light.

The Americans were under the command of Brevet Lt. Col. George Armistead and  did suffer casualties, amounting to four killed and 24 wounded.

The War of 1812 came about largely because of an ongoing tussle between the French and the English for control of the seas. The very young United States wasn’t really a player in that tussle but suffered on-going collateral damage as the English and French were constantly trying to disrupt the others’ supply 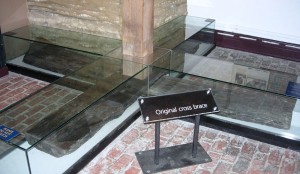 lines. Along the way, American sailors were conscripted into service on foreign-flagged ships. Eventually, having had enough, President James Madison requested a declaration of war against the British.

Other events in the War that may stand out in your mind include the Battle of New Orleans (In 1814 we took a little trip, along with Colonel Jackson down the Mighty Mississipp’, remember Johnny Horton?) and the burning of Washington by the British and moving of the capital to Brookeville Maryland for the day.  The Americans had designs on removing the British from Canada as well but that wasn’t to be. 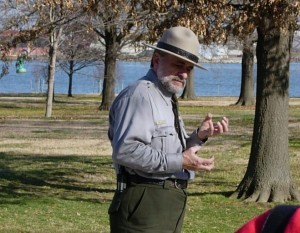 Our tour guide was an historian with the National Park Service. It was obvious that the man enjoyed his job! Our tour included the facts and enough drama and humor to make his presentation particularly memorable.

The fort is positioned at the mouth of the Baltimore Harbor at the convergence of the Patapsco River and the Chesapeake Bay. 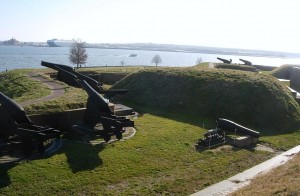 Although the count of hits vs. misses show that much of the “rockets’ red glare” was visual effects. Cannon fire from the fort was designed to skip across the water and penetrate the hull near the waterline where the red hot cannonball was likely to start a fire and lead to the loss of the ship.

The fort is of the five-pointed star design with a dry moat around it which could be used as cover by musket men to fend off a land attack should an invading naval attack make it to shore. The fort was active until 1925 when it became a National Park. In 1939, it was designated a National Monument and Historic Shrine. It was also used as a Coast Guard base during World War II. 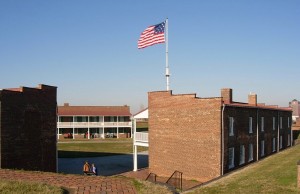 The Fort contains several buildings which served as officer and enlisted quarters, a brig and an ammunition store. Exhibits depict these uses as well as artifacts from the fort’s life.

The flagpole which supports the flag is two-pieces, much as a ship’s mast would be. 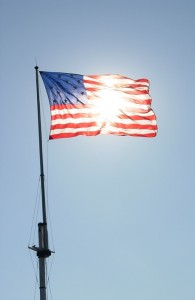 This was apparently fairly common design for forts of this era. There was also an exhibit showing how the flagpole is anchored and a display of the original flagpole anchor.

There is a newly-constructed visitor center which contains the obligatory gift shop and a series of exhibits on the War of 1812 and the Star Spangled Banner. The audio-visual presentation is entertaining and has a quite dramatic ending with a view of the soaring and (on the day we were there) brightly sunlit view.

We made the requisite stop at the Gift Shop both to do our part to support the operations plus we needed to get a few things (postcard, shotglasses and a DVD featuring history and our favorite Park historian). 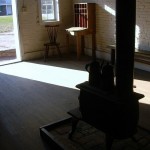 A big commemorative celebration with tall sailing ships and fireworks and enough pomp and circumstance to be worthy of the occasion is planned to begin June 18, 2012.  Sounds like quite the party.

All this fresh air and exercise of climbing around the fort worked up our appetites. The suggestion was put forward to find some lunch, or considering the hour, maybe an early dinner and noodles were requested for the menu. Sounds like its time to find Baltimore’s Little Italy!

Bridge construction had the most direct route blocked so we wound our way back out to 95 and then on to circle the Inner Harbor.

We headed to Little Italy with no particular restaurant in mind (as we’d never been there before) and cruised until we found a parking spot on High Street, conveniently in front of the door at Amicci’s. After perusing the choices, we decided that Amicci’s to be our choice. 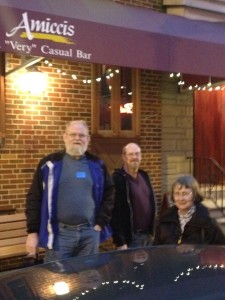 Seated quickly, we ordered drinks and calimari as an appetizer. Our dinner choices included pasta dishes including mussels and chicken marsala. All our choices were tasty, served promptly and attractively. Amicci’s was a good choice. Happenstance was in our favor.

By the time we had finished our meal, it was nearing dark so we continued on to find the bust of Frank Zappa. 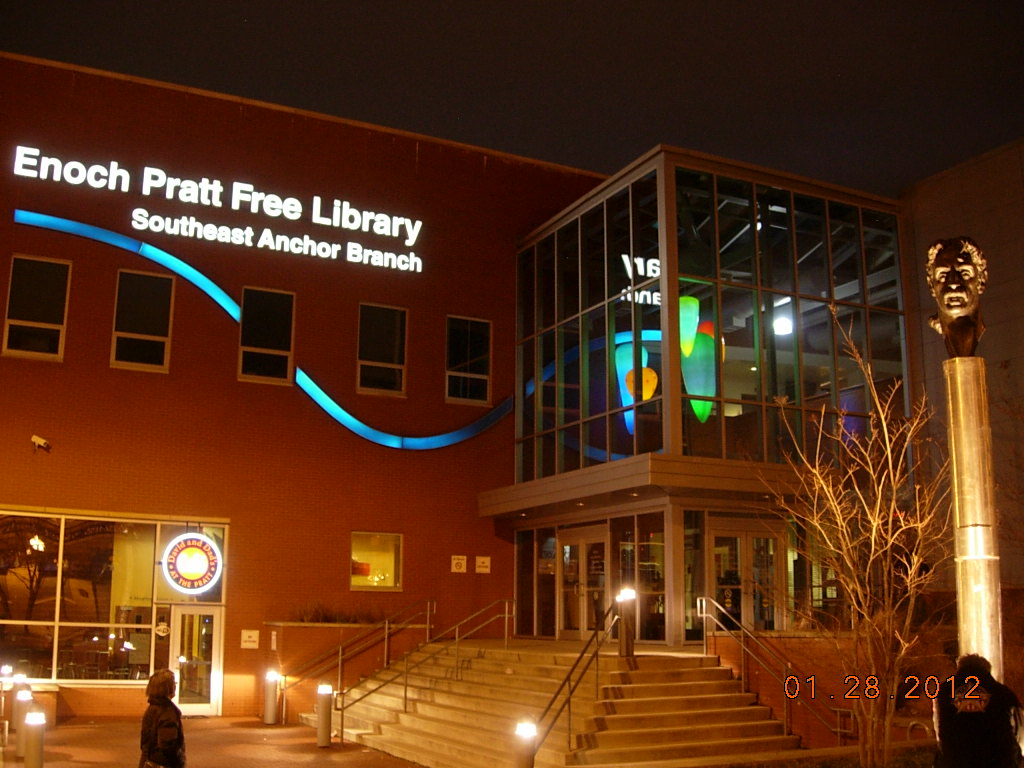 The bust of Frank Zappa was a gift to the city of Baltimore to honor a native son and matches another bust in Vilnius Lithuania. It was of particular interest to Steve as he had seen the matching bust during his travels in Lithuania. Finding it is a bit more of a trick. 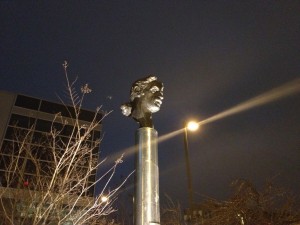 We were aware it was outside the Enoch Pratt Library in Baltimore. There are at least 3 Enoch Pratt libraries in Baltimore! It seems Enoch Pratt was a friend of Andrew Carnegie and also a successful businessman and philanthropist. The Zappa bust is located at the Southeast Anchor Branch on Eastern Avenue and was celebrated by the city with Frank Zappa Day when it was unveiled on September 19, 2010. 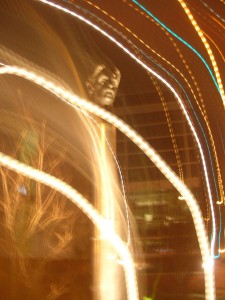 This picture is getting shared as I'm trying to figure exactly what happened. A slow shutter speed accounts for the light trails but the center shows a relatively clear face of the bronze Zappa bust. 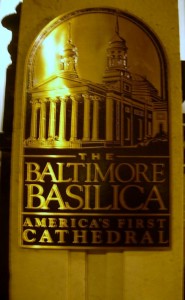 We still had hoped to make one more site in travels around Baltimore but we weren’t sure we had time to make it. America’s First Basilica is in Baltimore. It usually closes at 6:00 and we were past that BUT on Saturday evening, the church is open for Evening Mass. Mass brings parishioners and parking was at a premium so we dropped Steve and Russ by the door and went to circle the block. Second time around we found a spot as Mass was letting out.

It’s a beautiful building and the night lighting shows it off dramatically. 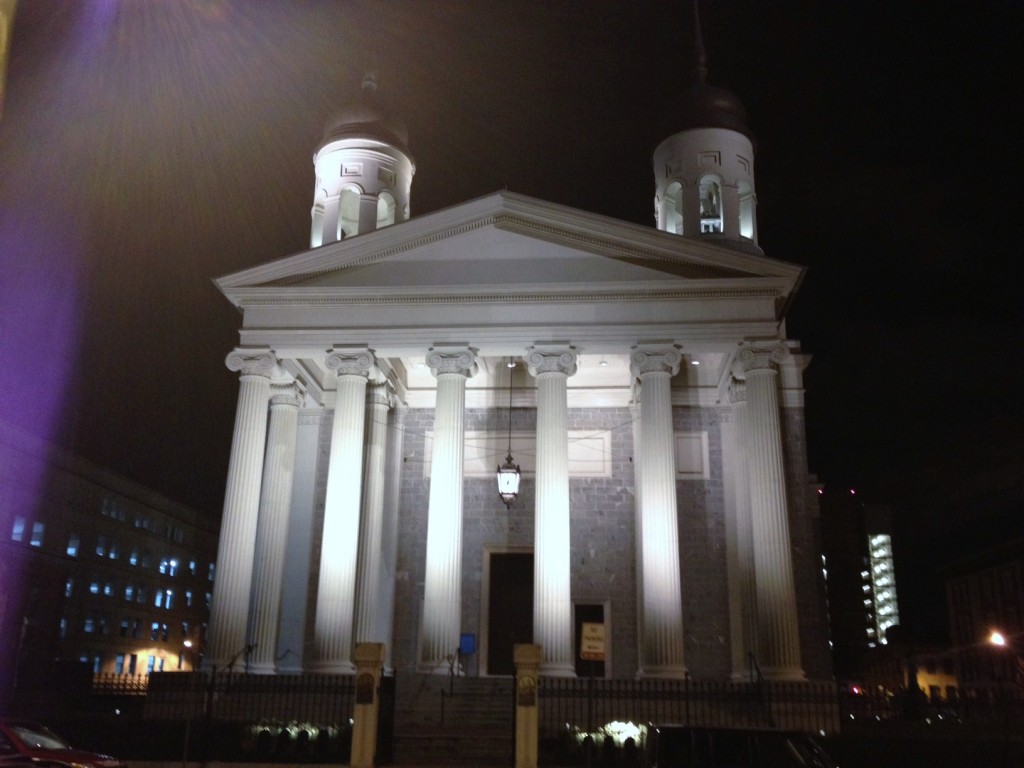 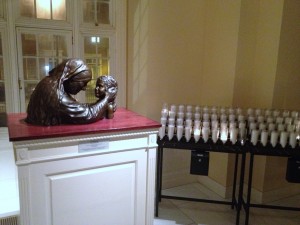 until November 2006, for a major restoration to return the church to its original design, as envisioned by America’s first bishop, John Carroll, and as planned by renowned architect Benjamin Henry Latrobe. The Basilica reopened with much fanfare and celebration, just in time to commemorate her 200th Anniversary. Within the first year of 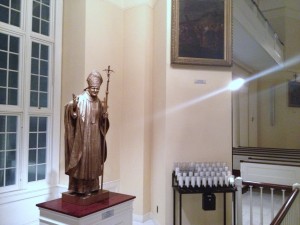 reopening, over 200,000 visitors were welcomed from all over the world, to walk through history, rejoice in faith, and admire the Basilica’s stunning architecture and artwork. The Basilica is also one of Baltimore’s beloved cultural institutions, offering educational tours daily, as well as hosting uplifting concerts and informative lectures. 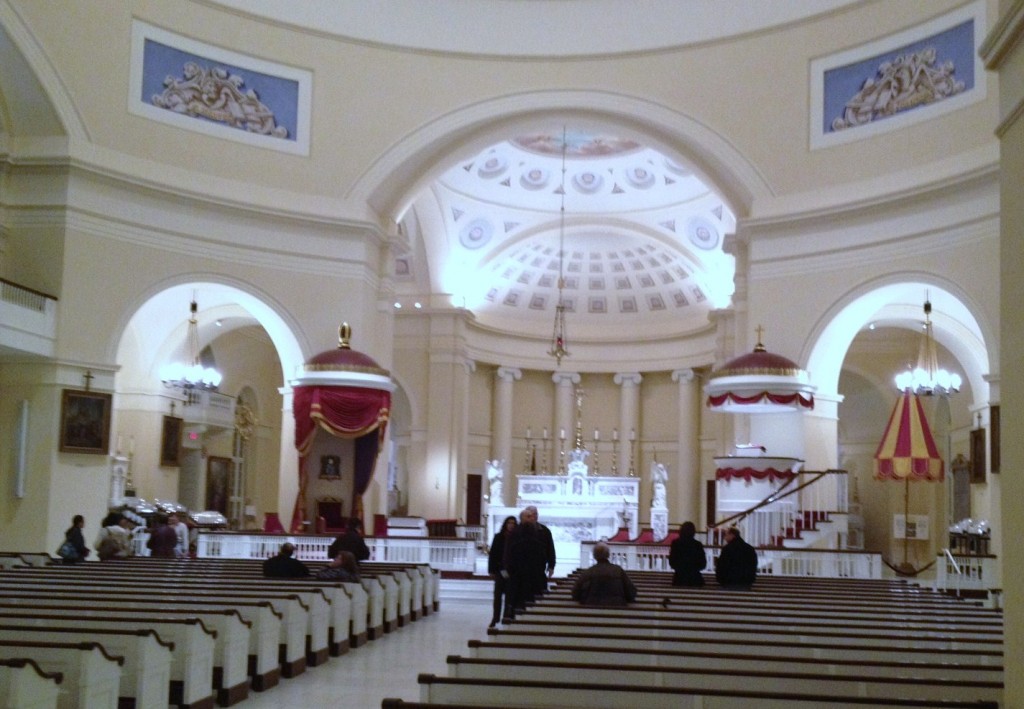 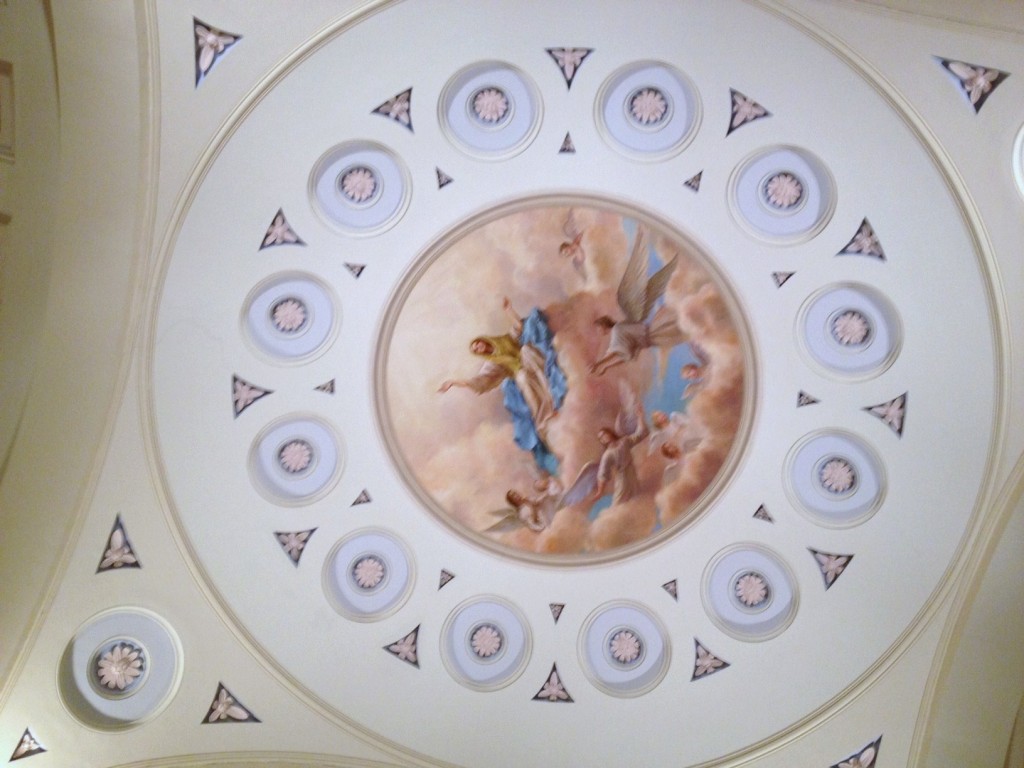 It had been a full day and the Uno cards were calling. We drove past Camden Yards and back to Germantown for some more serious socializing.