For many years, Daddy would arise well before daylight and make his way to his his cousin’s farm to hunt quail. He often hunted there and it was believed to be good luck if the first visitor of the New Year was male. My Grandma Holman believed whatever you did on New Year’s Day would be repeated throughout the year. Grandma lived next door and avoided cooking and housework that day. It was one of the few holidays that she really took to heart in her observance.Our family lore includes the story of my Mother, taking advantage of a day off from work and Daddy being out of the house, was doing laundry and hanging it out on clothesline in our backyard. Grandma observed Mother hanging laundry and rushing out to get her to stop as it would doom her doing housework all year. I guess Daddy hunting and visiting with his cousins really fit in with that, too.

In carrying on the family tradition, for the last decade, I’ve made a point to be spending the day in the woods with friends. It’s usually been with whatever four wheel drive club but 2012 finds me “unaffiliated” with a club. My friend, Miles and I decided to head down to George Washington National Forest and ride some trails we’d not ridden in a long time that were remembered as being fairly easy. Since there were only the two of us, we both went in my truck so that we could do some catching up as well.

We got to Harrisonburg late morning and headed towards the lower end of the Second Mountain Trail. It had been a long while since either of us had been there and it was an entertaining ride, just enough challenge but not so difficult as to interfere with the verbal exchange! After we got to the ATV loading area at the top, we started the trail along the top of Dictum Ridge which is part of the Rocky Run ATV loop.Where Rocky Run turns to go down from the ridge and over towards Second Mountain, Dictum Ridge is now closed to motor vehicle travel. Find us on a SPOT map 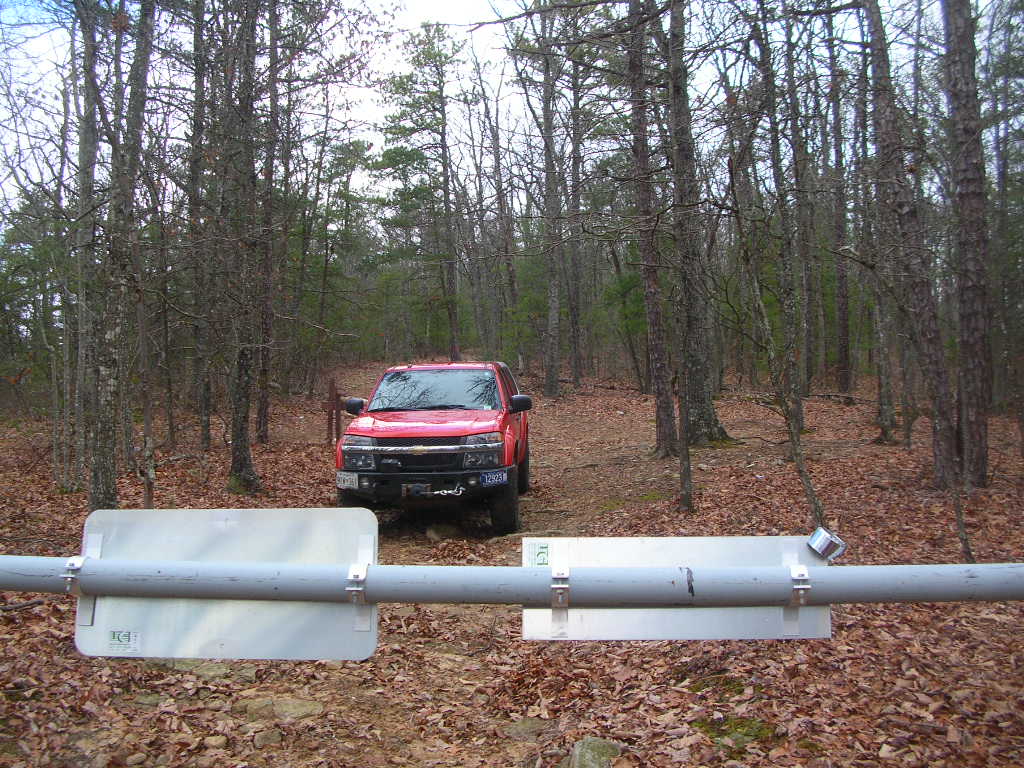 No vehicles past this point 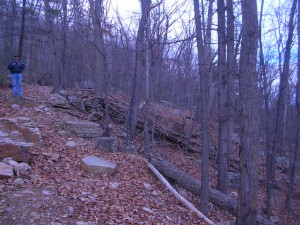 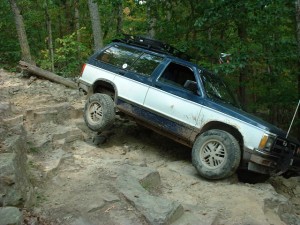 "Before" picture from Dictum Ridge taken in 2001